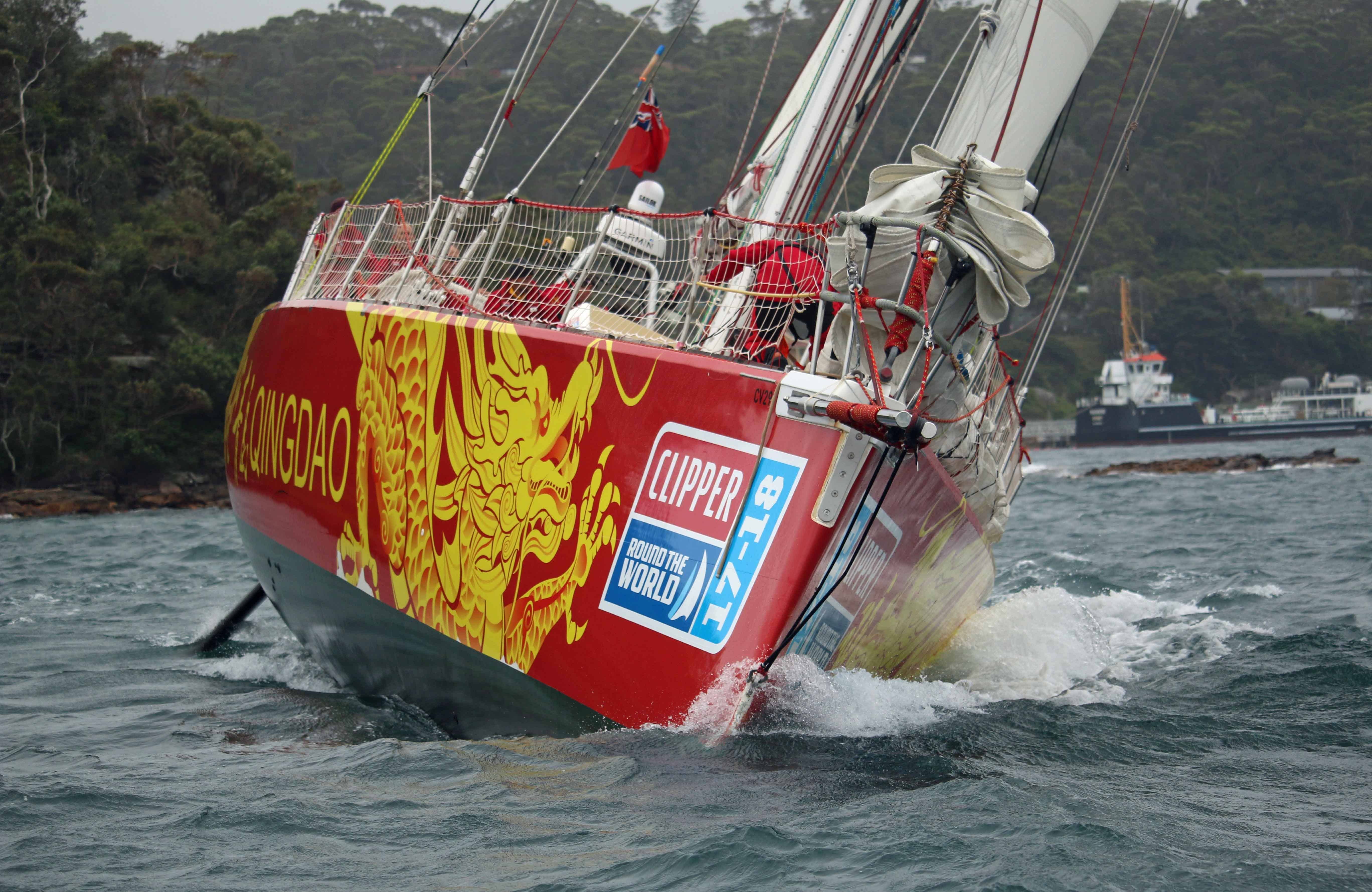 The application of Coppercoat antifouling on the Clipper Round The World Yacht Race fleet has been described as a huge success by race officials after mid-race checks were carried out in Whitsundays, Australia.

Coppercoat was appointed as the Clipper Race’s first ever Official Antifoul Partner after the long-lasting anti-foul’s technology had impressed on the Clipper 68 training fleet.

In previous years, the Clipper fleet has always been lifted from the water halfway through the race in Sydney, Australia for antifoul reapplication. However, with a typical active lifespan of ten years or more, Coppercoat removes this need for a reapplication of antifoul which has a massive impact on the race logistics, reducing long-term costs and keeping maintenance time down.

Since its application to the fleet during the last refit process which ran between September 2016 and June 2017, the yachts have been used for Clipper Race training on the Solent and raced over 20,000nm. After sailing from Liverpool, UK, to the Whitsundays, Clipper Race Maintenance Manager Justin Haller inspected the boats at the Abell Point Marina to look at the hulls and underwater areas of the yachts and see how well the Coppercoat antifouling was performing.

Justin reported: “The hulls are looking really, really good. The majority of the boats had absolutely no growth on the hull, a few had a small amount of growth on the rudders but mainly the parts that did have growth were where there is exposure to sunlight. On the whole the results have been absolutely brilliant and far better than I expected.

“Coppercoat has made a huge difference and saved us a lot of work. At the halfway point, usually during the Sydney stopover, we previously hauled the boats out of the water to be washed and re-antifouled but the new process has saved us and the crews about a week.

“We also don’t have to re-antifoul during the next refit process where we would normally have to sand back the old antifoul and reapply the new product which can take five people two days to complete so its saving a lot of time and effort.”

By limiting the fouling on the hulls, the application of Coppercoat has meant less drag from its lasting smooth surface and clean hull. The results have been a significant time saving for both the Clipper Race Maintenance Team and the crew alike, as well as reducing costs and ensuring the efficiency of the Clipper Race fleet though the water. With the podium places and ocean sprints being decided on minutes and seconds every ounce of performance makes the difference.

Coppercoat is the first provider of long-lasting antifoul to partner with the Clipper Race. Unlike traditional antifoul paints, Coppercoat is made from a combination of solvent-free epoxy resin and high purity (99%) recycled copper making it the strongest copper based antifouling available. Coppercoat exposes active copper to protect the yachts surface from any fouling organisms that the Clipper fleet will endure during the race around the globe. In addition, the smooth surface provided by Coppercoat will deliver less drag from its long lasting clean hull, which will achieve better performance during the eleven-month competition.

Ewan Clark, Coppercoat Director, says: “We are very proud to be the Clipper Race’s first ever Official Antifoul Partner. Being a partner gives us a great opportunity to showcase Coppercoat’s durability in the world’s longest ocean race. We are really pleased with the reports of Coppercoat’s performance. These mid-race reports confirm the antifoul’s durability. It also confirms that the antifoul paint is up to racing standard without the need for reapplications during the race and it improves sailing performance due to the cleaner and smoother hull surface.”