Five highly protected marine areas (HPMAs) could be created by the government to ban all fishing and rewild the sea.

The new generation of marine nature reserves are proposed for the coast of Lindisfarne in Northumberland and at Allonby Bay, Cumbria, and at three offshore sites, two in the North Sea and one at Dolphin Head in the Channel, according to The Guardian.

The five sites in the pilot project are expected to pave the way for full HPMA status for some or all of the English sites in 2023 following a consultation. Separately, Scotland is now committed to fully or highly protected areas across 10% of its waters.

Nearly a quarter of Britain’s territorial waters are covered by marine protected areas but conservationists criticise these as ‘paper parks’ because there are so few restrictions on fishing and industrial activities such as offshore windfarm cabling.

HPMAs are effectively ‘no-take’ zones (NTZs) for fishing, and while a few NTZs have been established, such areas are usually highly controversial for fishers.

But research shows that the Arran NTZ has led to a ‘spillover’ effect with more, larger lobsters caught by fishers close to the restricted area, which acts like a nursery for fast-recovering sea life, says the Guardian.

“Highly protected marine areas will offer the highest levels of protection in our seas,” says environment minister Rebecca Pow. “They will help a wide range of valuable habitats and species to fully recover, boosting the resilience of our ecosystem and allowing the marine environment to thrive.

“As demands on our oceans increase, it is more important than ever that we take decisive action to safeguard nature whilst ensuring we can continue to meet the sustainable needs of those who rely on our seas.”

“We want to see an entire network of highly protected marine areas to help our ocean habitats recover,” says Joan Edwards, the director of policy at the Wildlife Trusts. “As well as providing a much-needed boost to wildlife, fishers will also benefit from the spillover of fish into surrounding waters, helping to restock our depleted seas.”

No HPMAs have yet been established around the south-west coast of England but sources at the Department for Environment, Food and Rural Affairs say sites are being considered, with the government keen to balance ecological and social and economic factors.

The three offshore sites also include “blue carbon” areas, important in the sequestration and storage of atmospheric carbon, which also support a range of mobile species including marine mammals and commercially important fish species. 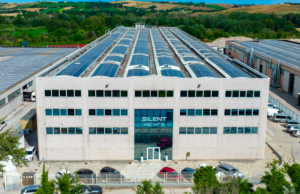